Interim report on the third quarter 2022 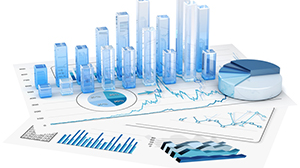 All in all, the first nine months of the year remained 8 percent below the defined production target. In the same period of the previous year, W.E.B recorded a production minus of 9 percent.

The changing conditions on electricity markets as well as newly commissioned power plants in 2021 had a positive effect on the Group’s sales revenue. The W.E.B Group concluded the first nine months of 2022 with a generated sales revenue of MEUR 126.2. This corresponds to an increase of 68 percent compared to last year’s first three quarters. Earnings before taxes amount to MEUR 35.3.

In Canada W.E.B won the bid for an electricity supply contract for the Weavers Mountain project of 94.4 MW in the Canadian province of Nova Scotia. The new wind farm will be realized swiftly – preparation work will commence in 2023. If everything works out according to plan, the largest wind farm in W.E.B corporate history will generate clean energy by 2025.

A series of power plant projects are about to take shape: in Austria the construction work on the wind power projects in Dürnkrut and Götzendorf continued. W.E.B will put three new wind turbines, each with a capacity of 5.6 MW, into operation by Q2 2023. In August W.E.B celebrated the groundbreaking ceremony for the new photovoltaic project in Ternitz, Austria.

The project will be realized without any public subsidies. All of the generated solar power will be supplied to Schoeller-Bleckmann Oilfield Equipment AG based on a 25-year Power Purchase Agreement (PPA). The PV systems will generate around 1,450 MWh of regional energy by 2023.

By the end of the third quarter, the Silver Maple (USA) wind power project with an installed capacity of 20 MW had already begun feeding electricity into the power grid.