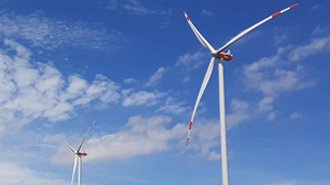 This October mild air from the Atlantic or the Mediterranean shaped the weather in large parts of Europe. In between these trends, the influence of high-pressure systems created November’s classic foggy conditions in the lowlands of Central Europe. Our production results consequently fell short of expectations in Austria, France, Italy and the Czech Republic. Germany was the only exception with positive results.
As another high-pressure system dominated the weather in North America, Canada and the United States missed their monthly targets by considerable margins.

The photovoltaic power segment benefitted from more sunshine than usual for November in Central Europe. The PV production in Austria, Czechia, Italy and Germany generated positive results. The weather conditions in the United States were much cloudier, which is why our American production narrowly missed its defined target.

In the hydroelectric power segment, Austria remained below and Germany above target.

Overview based on technology
Wind power