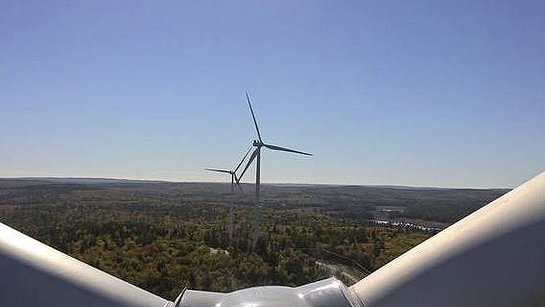 The month of October lacked the dynamic air masses that are otherwise typical of autumn weather. Atlantic low-pressure systems were hardly able to advance into Central and Eastern Europe. In consequence, our monthly total production of 58,744 MWh did not reach its target.

Wind levels in the Pannonian regions of Waldviertel and Burgenland defied the difficult wind situation and enabled Austria to achieve a plus in production. In contrast, Germany, France, and the Czech Republic missed their targets. Canada was not able to perform as expected either.

As the past month was one of the weakest Octobers in terms of sun exposure in the last few years, Austria, the Czech Republic, and Italy remained below target in the photovoltaic segment.

It was not possible to make up for the dry weather conditions of this season. The hydroelectric power segment performed below average both in Austria and Germany.

The year 2016 is characterized by extraordinarily weak winds. As of the end of October, our total production to date deviates from our target results by 52,420 MWh. From today’s point of view, it will be difficult to compensate for the deficit in wind production until the end of the year.