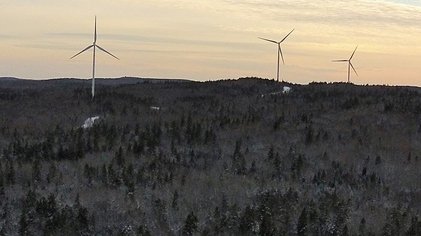 The overall monthly production of 94,260 MWh clearly remained below the defined target in November.

The past November was characterized by an extensive and persistent high-pressure weather system above Europe. Similar to a rubber band, it spread across the countries in Central Europe and stopped the inflow of any brisk air masses. The lack of energy from the flow of air mass resulted in a striking negative deviation from our production targets in Austria, Germany, France, Italy and the Czech Republic. Canada and the United States did not feel a thing, though. The W.E.B power plants in North America generated positive results.

Inversion weather systems created extensive areas of high inversion fog in the lowlands – a clear drawback for the photovoltaic power segment also reflected in its production results. The meter readings in Austria, the Czech Republic and Italy remained lower than expected at the end of the month. Germany was the only country to generate positive results.

The hydroelectric power segment remained below target both in Austria and in Germany.