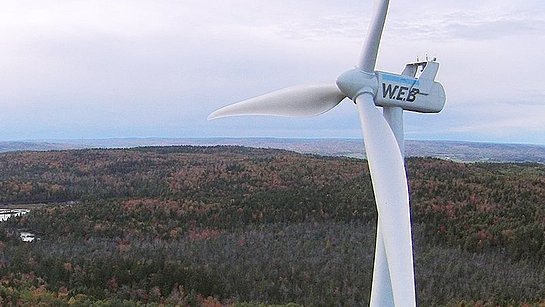 The overall monthly production of 128,595 MWh remained above the defined target.

Austria’s weather was defined by strong south/south-west winds, which resulted in extreme precipitation levels at the south side of the Alps and overly dry conditions north of the Alpine divide. Nevertheless, the brisk low-pressure system enabled Austria to deliver much better production results than expected. The Czech Republic, France and Italy concluded the month clearly above target as well. Suffering from wind levels below average, Germany’s production could not perform as expected. The wind power plants of W.E.B in Canada and the United States were able to shine with excellent results once again.

The usually dense blanket of clouds, sometimes combined with shallow fog, made sure that there were considerable fewer hours of sunlight than the climatological average in November. In consequence, the photovoltaic power segment in Austria, Germany, the Czech Republic and Italy remained below target.

The hydroelectric power segment remained above target both in Austria and Germany.