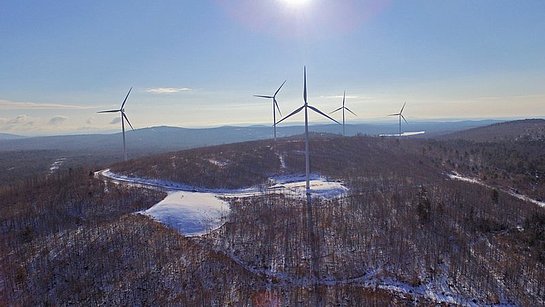 The overall monthly production of 89,917 MWh came to a halt below the projected target for November.

The month of November was far too mild in Central Europe once more, even though eastern Austria pointed the way towards winter with snow and freezing temperatures at the end of the month. The influence of high-pressure systems was remarkable in November, as low-pressure systems hardly managed to reach Central Europe at all. In consequence, our power plants in Austria, Germany and France were not able to reach their production targets. On the other hand, the Czech Republic performed much better than expected and joined the ranks of the top performers Canada and the United States.

Austria’s weather was far too cloudy to allow any positive results in the photovoltaic power segment. Once again, the Czech Republic was the refreshing exception to the rule and accomplished a nice plus in production. Italy braved the weather and delivered clearly positive results thanks to the new acquisitions in its portfolio.

The hydroelectric power segment could not perform as projected due to the continued dry period.