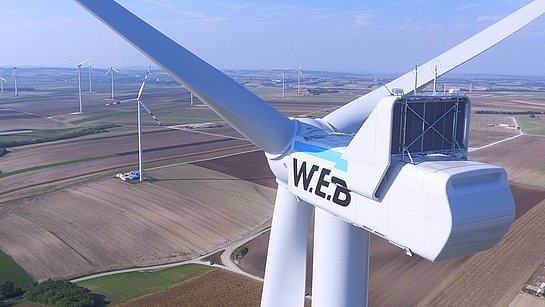 The overall monthly production of 140,636 MWh remained above target in March.

Extensive low-pressure systems above the North Atlantic region kept sending windy weather towards Central Europe until mid-March. The second half of the month could not have been any more different: a powerful high-pressure system dominated northern Europe and brought dry, cold polar air from the northern regions, making sure that temperatures were still far below freezing in the morning. The wind power plants of W.E.B operated at high capacity in March. In Austria, Germany, France and Italy, production results remained above the long-term average. Although wind conditions were just as good in the Czech Republic, a technical defect prevented a positive outcome. The Canadian plants of W.E.B also joined the winning team in March. The United States, on the other hand, could perform as expected due to weaker wind conditions.

The hydroelectric power segment delivered clearly positive results both in Austria and Germany.