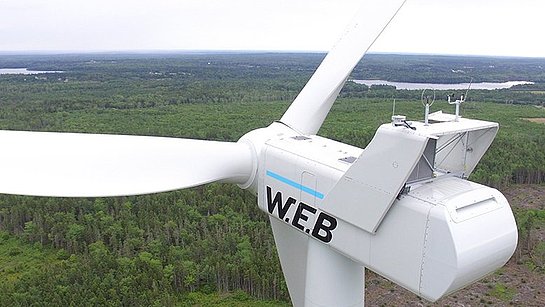 The overall production of 95,541 MWh misses the monthly target for March.  Although the month of March presented quite a variety of weather conditions with two cold waves and a short spring intermezzo, eastern air currents still stopped the low-pressure systems from the Atlantic to get through most of the time. In consequence, the Central European countries of Austria, Germany, and the Czech Republic remained below target. France was more successful and generated a plus in energy production. The weather in Canada and the United States was nothing short of terrific, though: both countries performed much better than expected.
The poor and cloudy weather did not offer a lot of sunshine. Austria and the Czech Republic produced less electricity in the photovoltaic segment than usual for the month of March. In contrast, Italy was able to reach its target.
In the hydroelectric power segment, Austria and Germany concluded the month below target.