Hurricane weather, successful start-ups and good results, these are the ingredients that made up the WEB-March results. 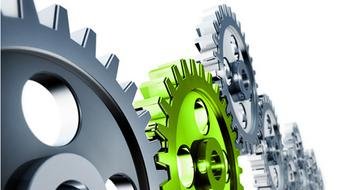 The first quarter of 2015 ended extremely successfully with the third-strongest month of production in the company's history and an absolute production of 75,080 MWh. Good winds and the commissioning of new wind farms in Black Pond Road and Nine Mile River more than offset the weaker PV and hydropower production.

The wind varied intensity over the month: Windy weather in the first two weeks generated good returns; a week of low production followed this. In the second half of the month, the power plants produced as planned, the last two days were grasped by hurricane “Nicholas” an intense low-pressure moving over central Europe, which could produce within 48 hours over 9,000 MWh, and this led to the successful completion of the production roller coaster in March.

In Canada, the last three wind turbines of Phase II were successfully put into operation, furthermore the harsh winter conditions remained. In Black Pond Road a V100 2 MW turbine in the southern region of Nova Scotia, near the existing facility of Little River and in Nine Mile River, the last two V100 of the current expansion program were successfully started up.
.
The PV production targets could not be fully achieved in March, the Italian assets remained below expectations, while Austria and the Czech Republic exceeded their targets. Hydropower plants remained below the target production.

The stormy weather conditions for the month have given us a prominent start to April’s production, so that we can be very optimistic to continue the current success rate in production!

* All values including investments.