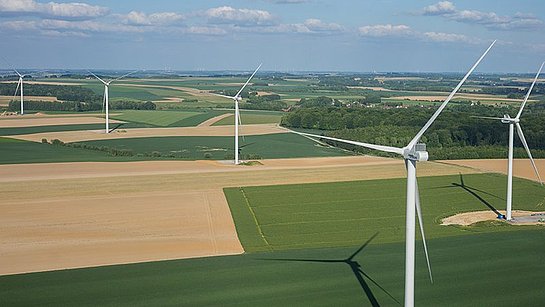 The overall monthly production of 66,737 MWh remained significantly below the production target for July.

“A summer like it used to be!” is what we might call our current weather. Even if it seems a little cool for this time of year, the Austrian official weather service ZAMG reports that this July was 1.6 °C (about 35 °F) hotter than the average for July between the years 1961 and 1990. Such figures clearly visualize the influence of climate change in our region and how quickly we become accustomed to such temperatures! Unfortunately, the wind conditions in July could not keep up with the long-time average – in none of our production countries, for that matter. In consequence, our production did not exceed its target values in Austria, Germany, Italy, the Czech Republic, Canada and the United States. France was the refreshing exception with the young wind farm Tortefontaine ensuring positive production results in July.

The month of July was rather sunny in Austria, Germany and the Czech Republic, where our photovoltaic plants performed much better than expected. The same cannot be said of Italy: the largest PV plants of W.E.B, and thus the results of the entire photovoltaic power segment, remained below target.

The hydroelectric power segment concluded the month below target both in Austria and Germany.