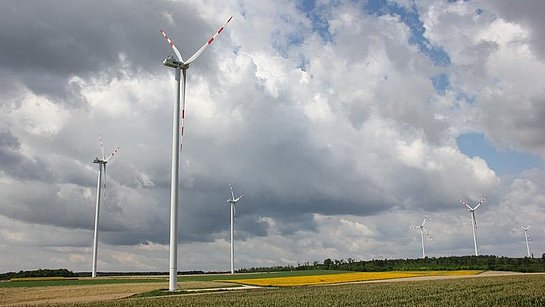 A warm and very humid July in Europe provided very little wind towards the end of the month. As a result, the total production of 47,045 MWh failed to reach the monthly target.

Production in the first third of the month proceeded almost exactly as planned. Around the middle of the month, a low pressure system featuring very strong winds, which enabled us to clearly surpass planned production figures, gave us every reason to be optimistic concerning overall monthly results. However, a lull period with virtually no wind commenced, ultimately succeeding in pulling production below target. Austria, Germany, Czech Republic and France all failed to reach the planned targets. In contrast, production in Canada was considerably higher than expected.

Austria was clearly positive in July in the photovoltaic segment. Our large photovoltaic plants in the Czech Republic and Italy did not succeed in achieving positive results in July.

The severe weather conditions which led to flooding in the town of Imst also resulted in longer downtimes for the upper and lower levels of the Imst power stations due to the mud, debris and boulders. For this reason, the results were negative for Austria in this technological segment. In contrast, we were able to harvest the masses of water in Germany, generating positive technology results.