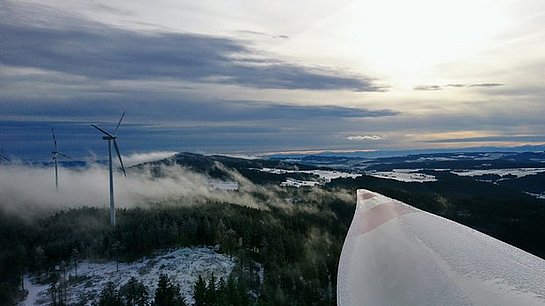 The overall results of 130,870 MWh in January set a new record in our monthly production.

The year 2019 could not have begun better in the lowlands: good wind and relatively mild temperatures kept our wind power plants on motion. The situation was reversed in higher altitudes, though. Low temperatures and large quantities of precipitation in the form of snow resulted in severe rotor blade icing. Nevertheless, Austria ended up well on the positive side in terms results. Germany accomplished a plus in production as well. France and the Czech Republic did not perform as expected. In contrast to the excellent results of our wind farm in the United States, Canada missed its target by just the slightest of margins.

The month of January was rather cloudy with about 20 percent less sunshine than the monthly average. In the photovoltaic power segment, Austria and Italy underperformed, while the Czech Republic delivered positive results.

The hydroelectric power segment concluded the month above target in Austria and below target in Germany.