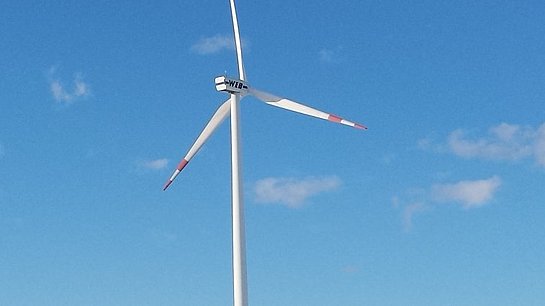 We experienced a déjà-vu of sorts in January 2017. Although the year began with excellent wind conditions until mid-January, extensive high-pressure systems and icing towards the end of the month made sure that our overall energy production of 91,860 MWh stayed clearly below expectations. Despite weak winds, our newly installed production capacities enabled us to increase our monthly production by about 33 percent compared to January 2016.

Strong winds – particularly in Austria – brought about excellent production results in the first half of the month. Then, however, high-pressure systems began spreading and provided for wonderful yet extremely cold winter days, while hardly allowing for any movement of air masses. Nevertheless, Austria concludes the month of January just slightly below target. As there was even less wind in the Czech Republic, Germany, and France, none of the above performed as planned. Canada misses its target as well – even tough just by a slim margin.

In the photovoltaic segment, Austria and Italy underperformed, while the Czech Republic achieved a clearly positive result.