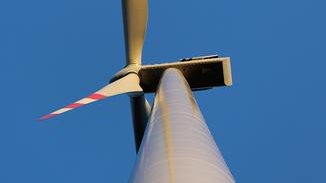 Despite challenging weather conditions in January 2014, we were able to generate a total of 61,023 MWh of electricity from sustainable, renewable production. This means that although the wind volume was registered at 18% below average, power production could be increased by 10% compared to January 2013. Such a successful result is primarily based on the highly efficient power plants that have been put into operation
last year.

The year began with attractive yields above expectations. In the second half of January, however, winds slowed down more and more often. In eastern Austria, occasional ice formation caused further losses in wind yield in the same period of time.


Power production results are also extremely different from one country to the next. In France, for example, stormy low-pressure systems from the Atlantic reached our wind parks at full tilt and allowed results clearly above target by +25.2%. Unfortunately, we could not yield the same results due to the significant impact of continental high-pressure systems in the east, e.g. -10.8% in Germany, -22.8% in Austria, and -34.8% in the Czech Republic. Furthermore, bad weather in Central Italy harmed the sun yield registered at -19.8% below average.
In Austria and the Czech Republic, fog and snow made it even more difficult for photovoltaics modules to yield any sunlight which is, of course, generally weaker in winter. In contrast to the positive results of both power plant levels at the hydroelectric power plant Imst, Eberbach could not keep up with its target levels.

In a nutshell, power generation at our wind power plants (-17.8%), the photovoltaics division (-26.0%) and our hydroelectric power plants (-14.9%) has remained below expectations.