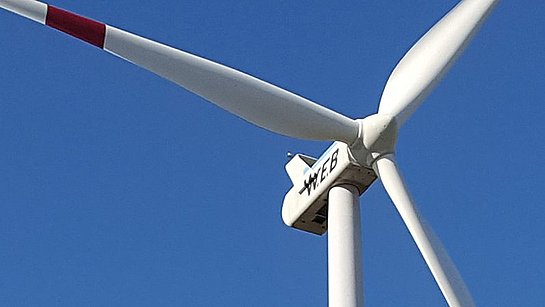 The overall monthly production of 66,066 MWh was slightly below target.

The warmest, sunniest and driest June every recorded (according to the Central Institute for Meteorology and Geodynamics, ZAMG) led to moderate wind conditions. In addition, local weather events influenced production in a clearly positive manner. The monthly production results in the Czech Republic were higher than planned, whereas production in Austria was precisely on target. In contrast, electricity production in Germany and France was below target. The Canadian production results were close to the planned level, whereas wind conditions were better than average at our American facility. Gratifying news was also reported from Italy, where W.E.B harvested the first kilowatt hours generated by wind power in Italy as a consequence of the coming on stream of the Foce di Cornia/Piombino Wind Farm.
Along with the heat wave, the sun shone considerably longer and more frequently than the long-term average in Austria, Germany and the Czech Republic. For this reason, these countries also produced far more electricity in the photovoltaic power segment than the expected target value. W.E.B showed a slightly negative production deviation in Italy.
The hydroelectric power segment remained below target in Austria and Germany.