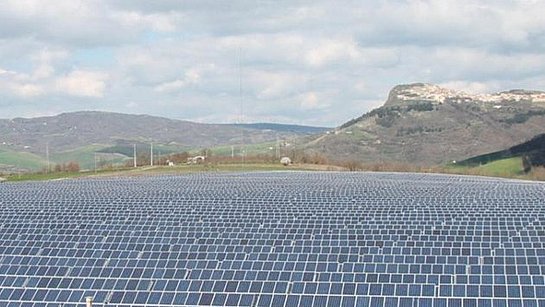 The year 2022 was a whole degree in Celsius (33.8 °F) above the 30-year average in Austria, and 2.3 degrees (73.4 °F) above the average of the climate period 1961–1990 (cf. Austrian meteorological service, ZAMG). In a ranking of the hottest years, 2022 is in third place together with 2019, right behind 2018 and 2014. The consequences of global warming are more than obvious in Europe. Extreme weather phenomena become more frequent with ever shorter intervals between them. Many regions in the European Union suffered from devastating forest fires, extreme heat waves, unprecedented droughts, and destructive floodings.

Needless to say, the extensive heat periods also affected production results. Stable high-pressure systems repeatedly remained above Europe and blocked the troughs of various Atlantic low-pressure systems. Not even the North American production results could make up for the deficit. The W.E.B portfolio generated a surplus in production in only three out of twelve months. In the end, the annual production of 1,312 GWh remained clearly below expectations with a minus of 10.4 per cent (153 GWh). Despite these mediocre results, W.E.B accomplished a new production record thanks to stable plant operations and the newly commissioned photovoltaic and wind power projects.

The overall monthly production of 134,960 MWh remained below the defined target. December 2022 started off with temperatures close to the climatological average for the month. By mid-December, however, temperatures began to drop and the following days were much colder than usual this time of year. Then again, temperatures were much higher than typical for December towards the end of the month. This very mild conclusion of the month complicated the wind power production in Central Europe, resulting in lower or even significantly lower production results in Austria, Germany, Italy, and France. The Czech Republic was the only welcome exception with a plus in production in Europe. On the other side of the Atlantic, turbulent December weather strengthened the wind power production with positive results both in Canada and the United States.

Overview based on technology