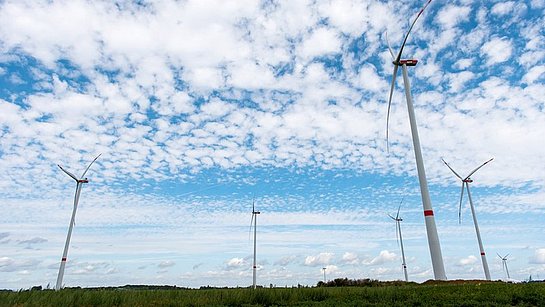 The overall monthly production of 56,324 MWh remained below target.

August 2019 turned out to be exceptionally hot and far too dry once more. Although the first half of the month offered partially humid and even cooler weather, extensive high-pressure systems above Central Europe blocked any Atlantic low-pressure systems and their troughs in the second half of the month, resulting in summer temperatures with hardly any wind. In consequence, the wind power production in Austria, Germany, France, Italy, the United States and the Czech Republic could not keep up with projections. The Canadian power plants defied the overall trend and performed better than expected.

Central Europe had considerably more hours of sunlight than the climatological average in August. The photovoltaic power segment in Austria, Germany and the Czech Republic delivered positive results, while Italy concluded the month with negative production results.

The hydroelectric power segment remained significantly below target in Austria and Germany due to the prolonged period of extreme drought.