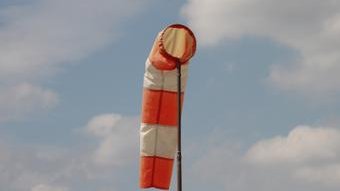 A summer of records sends better wind conditions on vacation. Needless to say, W.E.B production was affected as well.

This August will be remembered as a summer month of blazing heat, extremely dry weather, and the highest number of days above 35°C in a row in many places. This high-pressure weather situation all over Europe sent better wind conditions on vacation and caused our total production of 39,007 MWh to stay below target. Nevertheless, we are still heading into autumn above target in terms of our annual projections.

The weather maps presented a rather stoic development in August. While the world’s heavy winds were primarily found between distinct high-pressure and low-pressure systems across the Atlantic, our Canadian and Central European plants only felt faint traces of these winds. In addition, we had to disconnect our Höflein plants from the power grid for two weeks due renovations at a transformer station of an electric power company. Therefore, our wind power plants’ overall production in Austria, Germany, France and Canada finished the month still lagging behind target. As our South Bohemian wind power plants proved to be “heat resistant” in August, wind production exceeded our expectations in the Czech Republic.

In Austria, there was about 20% more sun than average for August, which had a positive effect on the photovoltaics segment. Our photovoltaic plants in Austria and the Czech Republic were able to significantly exceed their production targets. Fewer hours of sun and damage from lightning prevented the Italian result to reach its target, though.
Similarly, the hydropower plants Imst and Eberbach stayed below target due to insufficient rainfall in Austria and Germany.