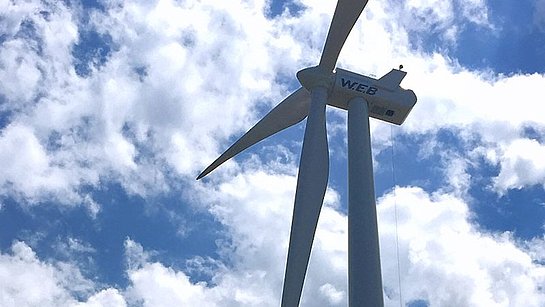 The overall monthly production of 90,628 MWh remained below target in April.

Last month’s dominating high-pressure system above Europe did not let go until well into April, resulting in weak winds and particularly dry weather conditions. April 2020 turned out to rank among the driest Aprils in the history of weather data recording. Similarly, the meteorological beginning of spring has never been accompanied by as little rainfall as in 2020. It is thus hardly surprising that our wind power output in Austria, Germany, France and Italy did not correspond to our production targets. In contrast, our plants in Canada and the United States performed much better than expected.

The stable high-pressure system created significantly more hours of sunlight than the climatological average in April. The photovoltaic power segment in Austria, the Czech Republic and Germany benefited from a solid surplus in production. While the photovoltaic plants close to the coast generated good results, the plants at higher altitudes fell a little short of expectations.