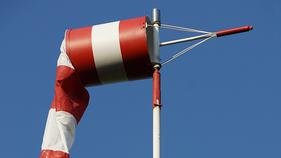 Monthly production at the W.E.B power plants in November 2014 amounted to 56,331MWh, the equivalent of over 10,000t of heating oil. Output varied greatly from country to country, with some results better than expected and others decidedly worse. However, the smooth production start-up in Altentreptow III at the end of November was extremely pleasing, especially as it took place well ahead of the originally proposed schedule.

From a group perspective, the wind harvest in the first three weeks of November was as planned and only the last week saw winds that were far lighter than anticipated. As in past months, the best wind conditions were found in Nova Scotia and in total our Canadian plants were 19 per cent up on planned production. The wind yield in Austria was also satisfactory with the best results coming from the east of the country. By contrast, wind levels in France and the Czech Republic were weaker and the lowest wind speeds were measured in our wind parks in Germany.


The energy volume produced by our PV plants in November was virtually as planned, although owing to lengthy, foggy periods and poor weather, yields from the locations in Austria and the Czech Republic in November were poor. However, the large facilities in Italy were able to use the autumn sunshine to the full and clearly exceeded their production targets.
Production in the hydropower segment from the upper and lower levels of the Imst was constantly above the planned level. The Eberbach power station was partially out of service due to overhauls.