Wind conditions and newly commissioned plants create production plus in May 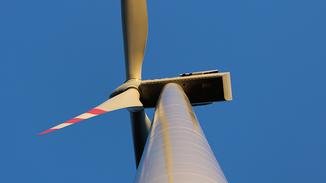 Lots of precipitation, differences in temperature as typical of a spring month, and good wind conditions in Austria enabled results above target in May. With all technology segments creating a plus in production, our total production of 63,334 MWh exceeded the target value for May.

Central Europe experienced several troughs and ridges of high-pressure and low-pressure systems. In early May, temperatures dropped with frost even hitting lower altitudes. Around Pentecost, the so-called Ice Saints lowered temperatures once again before early summer could arrive with warmer weather. Excellent wind conditions all over Central Europe as well as four newly commissioned plants of the 3 MW platform Parbasdorf II resulted in a significant plus in Austrian production. While the Czech Republic performed well, Germany, France and Canada lagged behind. Nevertheless, their deficit is more than compensated and still allows for a clearly positive result of the wind energy segment.

Not only the wind but also the photovoltaic segment was expanded in May. In the Weinviertel region, Laa/Thaya connected three photovoltaic systems with a total capacity of 498 kWp to the grid. The new panels provide solar power for about 130 households. Austria and the Czech Republic stayed above target, while Italy barely missed it.

Austria could not keep up in the hydropower segment, though. As Germany performed very well, the segment was still able to deliver positive results.