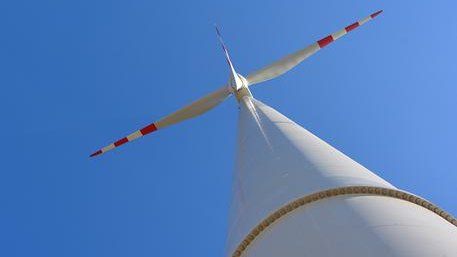 Particularly in the second half of March, our wind power plants underperformed due to weaker wind conditions and produced a total result of 65,729 MWh.

At first glance, this month’s weather parameters did not seem to be anything out of the ordinary. Both average temperature and hours of sunshine more or less matched the long-term mean in Central Europe. The one parameter that is significant to us – wind conditions – did not meet our expectations, though. In Austria and southern Bohemia, the month started out quite alright but wind conditions came to a halt with the astronomical beginning of spring approaching in mid-March. Northern Germany recorded only moderate winds all month long except for the Easter weekend. Although our production was somewhat better in France, it was still not enough to generate a plus. In a nutshell, all our European production sites remained below target. In contrast, Canada showed us its “windier” side and accomplished clearly positive results.

In the photovoltaic segment, Austria could not reach its target. Italy missed it as well. Our PV system in Dobsice, Czech Republic (~ 1 MW) is the only site to exceed our expectations.

Too dry: this is how Austria’s and Germany’s weather services rate the month of March. As precipitation deficits directly affect our hydroelectric energy production, the segment did not perform as expected.