Lots of ice and weak winds brought down production results in January. 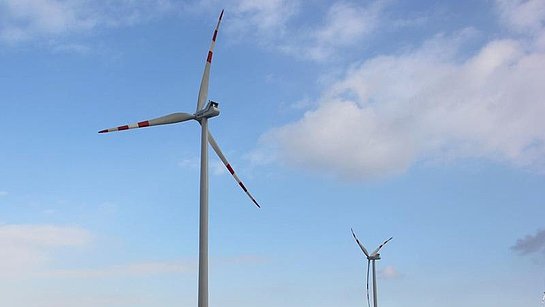 Chilly and mild weather conditions took turns this January. While ice build-up on turbine blades forced various power plants to shut down on colder days, weak winds could not make up for lost production on milder days. This is also why the total production of 68,964 MWh could not reach its target in January.
The first days of the year were particularly cold in the Waldviertel and Weinviertel region as well as northern Burgenland and lead to iced turbine blades and longer plant shutdowns. Moreover, northern Germany and Canada suffered from disconnected plants due to icing as well. In mid-January, the weather changed and delivered unusually weak wind conditions for this time of the year. We had to wait until the end of the month to finally get some stronger winds. In consequence, the wind segment produced production results below target in Austria, Germany and the Czech Republic. Nevertheless, France and Canada still boasted excellent results.

The photovoltaic segment lagged behind its target in Austria but performed well in Italy and the Czech Republic.
Hydroelectric production stayed below target.

The calculation of produced megawatt hours (MWh) as well as installed megawatt (MW) has been changed to facilitate reporting as of 1 January 2016.

Starting in 2016, W.E.B will take full account of MWh generated by power plants in which W.E.B holds a controlling interest (more than 50% as a rule). Reports will not indicate MWh by power plants in which W.E.B does not hold a controlling interest anymore. While our Canadian production will be fully included, our production shares in e.g. Plaine de l‘ Artois II or Sternwind will not be included in our MWh production results anymore (Please note: our 2015 production (MWh) would change by +0.7% based on these changes).

The prorated calculation of installed MW stays the same, although participations that cannot be clearly attributed to a wind farm will not be taken into account anymore. Our share in oekostrom AG, for example, will not be converted into “W.E.B MW” (Please note: the installed capacity of W.E.B changes by -4 WM).