Record start to 2015 with January as the most productive month in W.E.B history! 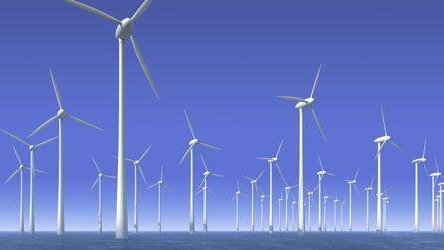 With total production of 84,720 MWh, January 2015 set a new output record. This replaced the previous all-time high of 79 GWh, which itself had only just been registered in December 2014. This success derived from exceptional wind conditions in all regions and stable turbine operations, as well as an excellent hydropower result.

The driving force behind this production rally was provided by a powerful polar vortex, which from December onwards continued to send storm depressions directly across the Atlantic, thereby keeping cold, continental air from the East at bay.

Following an initial stormy period prior to 6 January, the days from 8 to 11 January were especially turbulent. The intense Elon and Felix low-pressure systems brought westerly weather fronts at short intervals. These resulted in the virtually continuous, full load capacity running of all the W.E.B turbines and a very busy time for the wind park watchmen and maintenance engineers.  Subsequently, the weather calmed down somewhat and the second half of January proceeded according to plan with numerous windy days, but no major storms.

Our Canadian portfolio attained the best national results with a plus of 57.9%. This was due to the good wind conditions and the successful start-up of the Matlock wind park ahead of schedule. Moreover, Germany with +32.1%, the Czech Republic with +21.5%, Austria with +15.7% and France with +11.3% all far exceeded planned output. Italy also provided the anticipated solar power yield.

The PV plants remained partly in hibernation and overall just failed to reach the set generation levels. Italy was on target, but the sunshine in the Czech Republic was less intensive and production at the majority of Austrian plants was generally well down due to cloud and snow.

The hydropower segment registered an excellent result and owing to the plentiful precipitation and warm weather, production at both Imst and Eberbach was clearly above-average.