February produced another pleasing result, despite diverse wind conditions in the different countries and other start-ups in Canada. 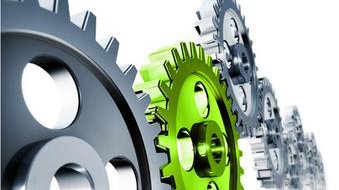 The second winter month in 2015 was successfully completed with a renewable electricity production of 62,318 MWh. Wind levels varied greatly between regions, altogether the production objectives were almost achieved. In spite of freezing weather and very strong wind conditions, the commissioning of the wind farm at North Beaver Bank and the plant on Isle Madame, Nova Scotia was very positive.

Overall the wind energy production ran the first few days of the month very much with restraint, during the subsequent strong wind period from 5.2 to 10.2 the power plants generated well over plan. After that the production settled down and ran evenly and according to expectations up to the month end.

The focus of attention stood within our new Canadian wind parks. Martock Ridge ran for the first whole month and exceeded all expectations. North Beaver Bank started to operate the four modern Vestas V100 2MW making it the largest overseas wind farm and on the Isle Madame, a small offshore island in the Atlantic, a very exposed standing V100 connected to the grid on 27/02/2015. A particularly challenging case, due to the unusually large amounts of snow, winter storms and extreme low temperatures.

By country, our wind turbines show very different results. Our top locations in Canada (+ 70.5%) and France (+ 4.0%) helped to compensate the weaker wind conditions in Austria (-3.2%), Czech Republic (-12.4%) and Germany (-21.4%).
Below expectations was the generation of PV plants, while Dobsice in the Czech Republic produced according to plan, the Italian large-scale plants and rooftop plants in Austria were well below expectations.

Production course up to now:

*All values including investments.