A windy December results in both a monthly and annual record 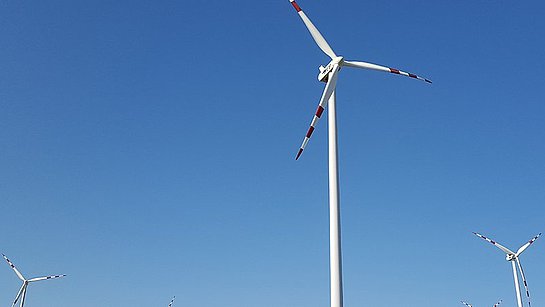 For a long time, it seemed as if the low wind levels of 2016 would stay the same in 2017. Especially northern France was confronted with a long period of calm weather. Later in the year, the time had come for a brilliant autumn and early winter season. In October W.E.B was finally able to fully exploit the previous year’s considerable increase in capacity and achieved a monthly production of more than 100,000 MWh. This was only a foretaste of what was to come on December, though. The stormy and yet unusually mild weather combined with stable plant operations generated a new monthly record of 120,383 MWh. At the same time, the annual production of W.E.B even passed the threshold of 1 TWh in late December – not only a production record but also a historic breakthrough in W.E.B history.

The accomplished annual production of 1.011 TWh …

This also means that each and every W.E.B share was able to provide one entire household with green energy in 2017, corresponding to a reduction of about 2.3 tons of CO2 emissions per share.   W.E.B is extremely satisfied to have been able to mark this milestone in its corporate history and to accomplish this next great step towards an energy transition.

The overall monthly production of 120,383 MWh in December set two milestones at once: on the one hand, W.E.B accomplished its best monthly result in corporate history, while on the other hand exceeding 1 TWh in its annual production – another unprecedented record.
The month of December was characterized by western currents that moved a series of low-pressure systems with turbulent air masses, and sometimes stormy yet mild weather, towards Central Europe. Iced up rotor blades were just a short temporary phenomenon in lower altitudes. Austria, Germany, and the Czech Republic benefitted from ideal conditions and generated a plus in production, while France remained below target. Both Canada and the United States braved the extremely unfavorable weather conditions in the last third of the month and delivered clearly positive results as well.
The photovoltaic segment produced positive results in Austria and the Czech Republic, this time remaining slightly below expectations in Italy.
In the hydroelectric power segment, Austria performed better than expected, while Germany could not reach its target.