2021: All Signs Point to Further Growth 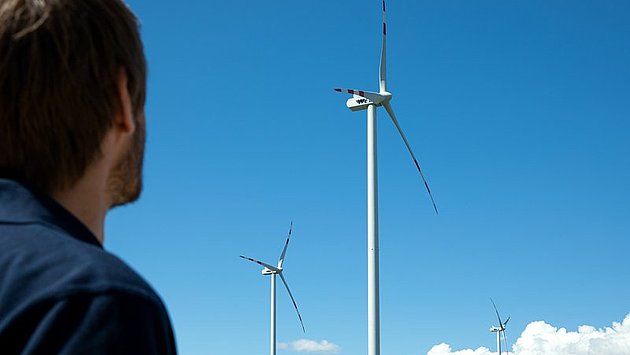 In spite of the challenges it faced, WEB Windenergie AG (W.E.B) can look back at another successful year. Sales revenue climbed significantly to EUR 113.6 million in 2021 (2020: EUR 106.2 million), the first time it surpassed the EUR 110 million threshold, even if electricity production at 1,238 GWH was below the comparable prior-year figure of 1,302 GWh. On this base, the Group net profit also rose to EUR 17.1 million in 2021 from EUR 15.5 million in the previous year.

Electricity price increases in the second half of 2021 comprised a key reason for the improved performance, more than offsetting the decline in electricity production. “Naturally, the development of electricity prices helped us. However, the development of our relatively young markets in North America, in which the generated production volumes exceeded the designated targets, was also very important,” explained Frank Dumeier, CEO of WEB Windenergie AG. “This once again confirms the success of our internationalization strategy. Today we already produce about 20% of our total electricity volume on the other side of the Atlantic, with this figure expected to increase in the future.”

Production capacity of the company’s own wind and solar power facilities is planned to increase. In the past, the ongoing expansion of the portfolio of power plants already in conjunction with the professional operational management and maintenance also contributed to the successful development of W.E.B. An additional 20 MW in new production capacity was connected to the power grid thanks to the start-up of new wind energy and photovoltaic power plants in Austria and the USA. Two wind farms in Austria and the acquisition of a solar park in Italy featuring a total of 30 MW were put into operation in the first quarter of 2022. Accordingly, total power generation capacity equals 574 MW at the present time.

“We are planning further expansion steps in the coming year. A wind farm with a capacity of 20 MW is under construction in the USA and orders will be placed for new wind power and photovoltaic farms with a total capacity of more than 50 MW, of which two are located in Austria, one in Germany and two in Italy,” says CEO Frank Dumeier.

In this way, W.E.B is continuing on its growth path and also sees ongoing good opportunities for its future. “Not only have initiatives such as the EU’s Green Deal, the ‘Next Generation EU’ project and the increase of the European CO2 reduction target to 55 percent by the year 2030 reinforced our commitment to implementing the energy transition. Recently we received support from an unusual source, namely from industry, which is displaying increased interest in renewable power generation due to rising electricity prices. In any case, we are prepared for further expansion. In the meantime, our project pipeline has swelled to about 2,000 MW. This serves as a good basis for further growth,” adds CEO Dumeier.

The financing of the company’s further expansion in on a solid footing. W.E.B raised a total of EUR 25.2 million from an extremely successful capital increase in 2021. The interest shown by existing and new shareholders was so extensive that the transaction had to be prematurely closed on the second day of the public offering. A remarkable 88 percent of the new shares were already previously subscribed in the subscription period. “The enormous success of this transaction underlines the fact that we not only have the right answers to fundamental questions relating to the energy transition, but also have an exciting offer for investors,” says Michael Trcka, CFO of WEB Windenergie AG. “By the way, we are once again proposing an attractive dividend, namely EUR 2.10 for the year 2021,” he adds.

The great interest on the part of investors is also impressively demonstrated by the development of the W.E.B share. The average share price in the Traderoom (www.traderoom.at) increased significantly to about EUR 113 per share, comprising an increase of almost 25 percent. At the end of the year 2021, the share price in the Traderoom even reached a level of over EUR 150 per share following substantial rises in the previous months. “Investors obviously value the option of a ‘green investment’ in W.E.B. It is no coincidence that number of our shareholders in 2021 climbed by close to 1,200 to almost 5,600 in total. We will continue to pursue this path of ensuring broad citizen participation,” CFO Trcka concludes.